After using our V1 prototyping boards for a while we decided to design some improved versions to make future experiments easier.

This new board is focussed on mostly analog setups: 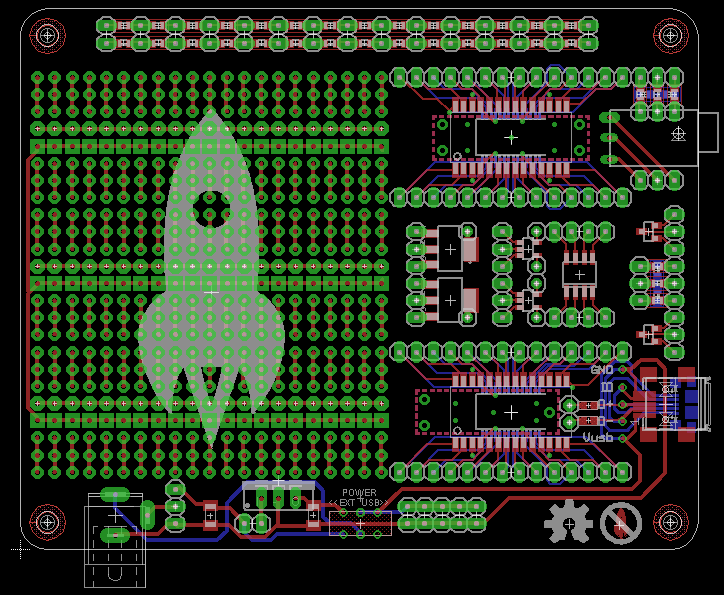 It features a switchable supply between USB and external power and an area for SOIC MCU’s and CODECs.

This board is an upgrade from the v1 protoboard:

– The connector placement has been improved.
– There is a new hole pattern and connector which makes it fit the Goldfish platform (giving instant access to graphical user interfaces to control experiments – or an FPGA daughterboard with HDMI for heavy lifting)
– There is dedicated space for an Atmel Attiny85 beside the TQFP area which can give a quick and dirty USB interface to whatever TQFP is on the protoboard. (using the VUSB library). It can also be used to generate reference signals or bootloader portknocking.

As soon as the new Goldfish mainboard + extension header has been finalized we will add these protoboards to the next batch to be sent to the PCB factory.