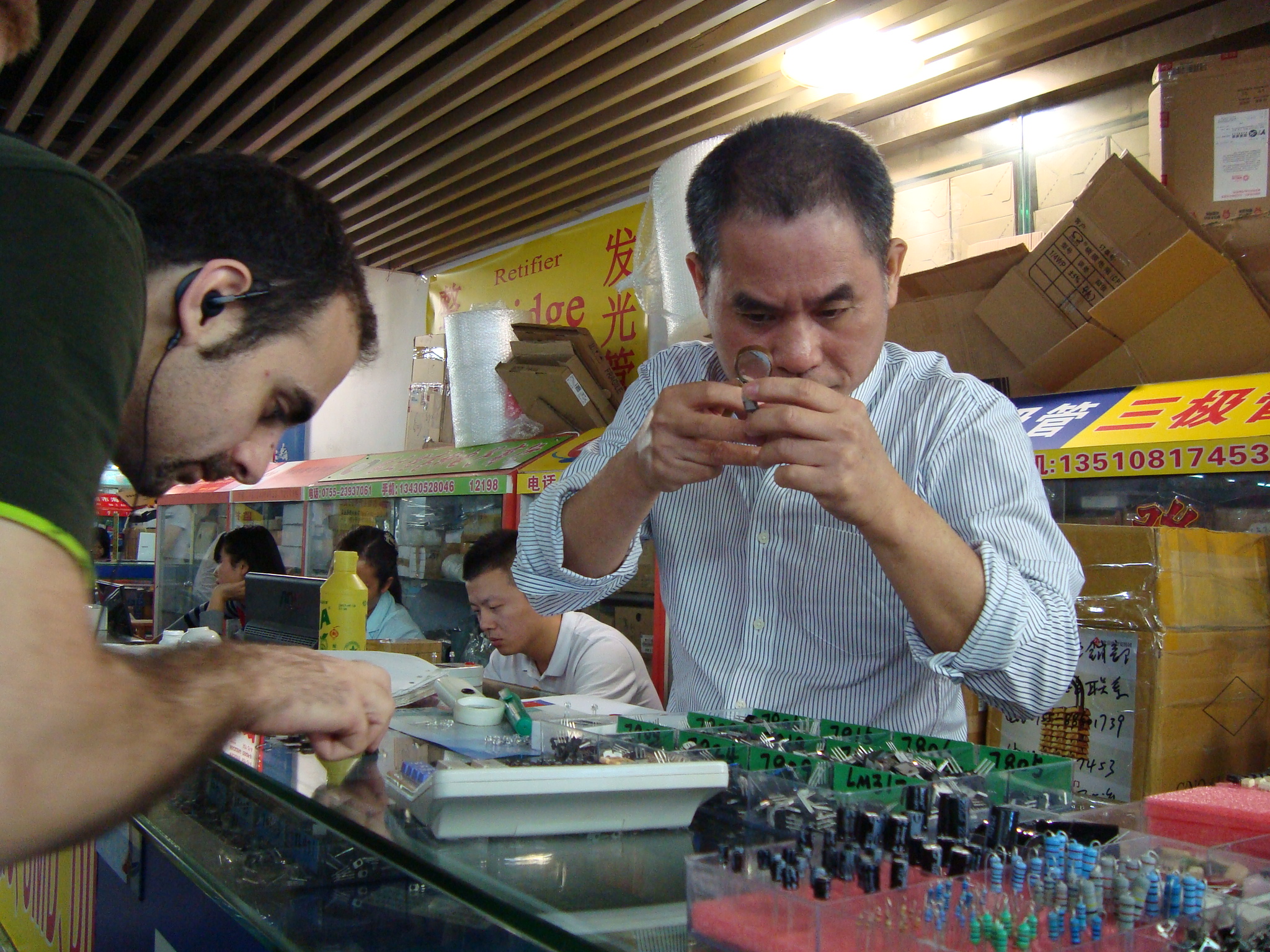 Another day at the market looking for parts. Happy hunting with a long list of things to get. The ground floor of one of the buildings used to be a beautiful mosaic, but it got smashed and broken by the amount of commerce taking place on top of it.

Negotiating for some 7805 power regulators. We are not negotiating over prices – these already are REALLY low, as are the amounts we want. With a few exceptions we only spend a few euros at any one stall. Meanwhile, the sellers have to deal with our lack of Chinese and whip out parts from their massively stacked 2-square-meters or make them appear from the magical ‘somewhere else’. No need to haggle over a 10% discount. Each item was minutely checked before being handed over. Deal made!

Up and coming (we are seeing them more than last year) are all the Arduino and their lookalikes, RasperryPi’s and Banananaboards as well as the sensor- and building-kits that go with them. Up and down we go; the list isn’t finished yet.

After two days of Huanqiangbei, we have a lot of stuff: