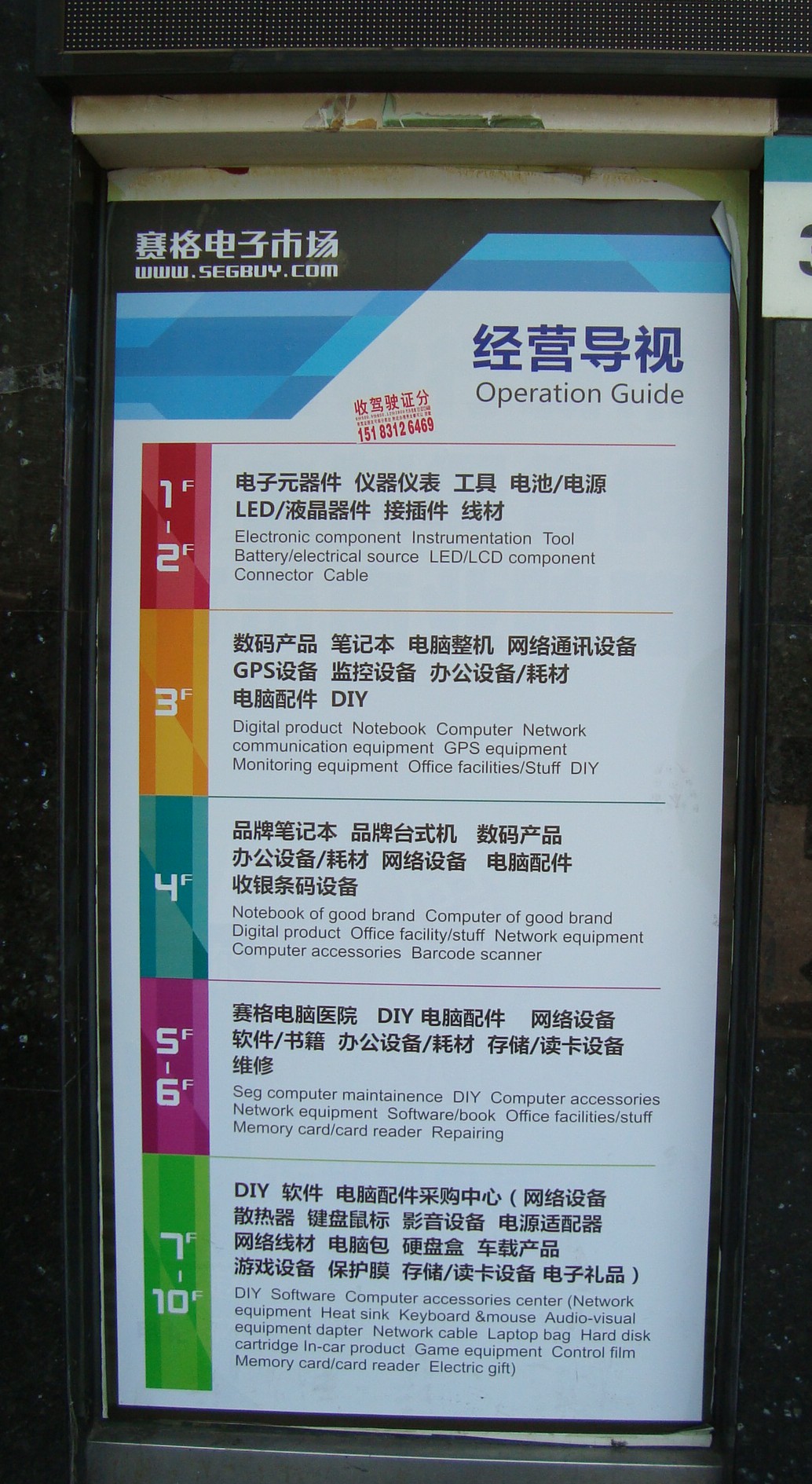 Huaqiangbei – to some of our group it already feels like smelling something from your childhood, to others it is a new shock to the circuit.

After much browsing in the overload of little stalls with parts, knick-knacks and anything that can possibly be connected, the first actual purchase was a bag of LEDs. The quantity we desired and the quantity in a standard bag did not match but luckily our pretty assistant for this transaction was willing to rip open the package and divide by weighing. Seemed weird to us at first but it makes perfect sense. Who is going to count out 500 LEDs? Besides, what’s one LED more or less between friends.

Here we have the tools we need to negotiate a bunch of CMOS logic gates – we still speak only three words of Chinese but thankfully numbers and serial lettering are the same. Pointing, sketching and the trusty calculator still gets us through. There was some waiting for components that magically appear from somewhere, meanwhile tea was served from a very small clay pot.

Around a corner somewhere we found walls of clamps, cutters, tweezers, holders and solders. The shiniest and sturdiest all seem to be Made in Japan – Asia rules. Happy browsing all round.

Yes, Stijn is talking into a microphone. After the initial overload some of the guys thought it would be a good idea to be able to reach each other. We don’t have Chinese SIMs so they bought a set of walkie-talkies. Huanqiangbei is a lot to get around. We will be back!